Regional Malls are shifting from a strictly retail shopping experience to an all inclusive community environment where consumers can visit everything from shops and restaurants to medical facilities, childcare centers, schools, and residential units.

The concept of “eatertainment”, where consumers not only have a meal and shop, but can also be entertained through the use of immersive environments, games, green spaces, and community activities has gained tremendous traction with the upcoming generation and will likely be a theme we see moving forward. The commingling of work and play is an incredibly important factor to the increasing number of young professionals out there and will undoubtably shape the future of mixed use properties.

The universal traffic an all-encompassing community could create is substantial. From coffee in the morning to exercise facilities in the afternoon to entertainment in the evenings, there is a potential for 18 hours of pedestrian traffic – surpassing the typical nine to twelve hour traffic days for standard regional malls. This not only increases profits, but also opens the door for an influx of consumers attracted to the new facilities.

A chief issue facing potential investors is the immense financial obligation associated with these projects as well as the length of time it takes to fully complete it and see a return. The Westfield Mall in Los Angeles is one of the most expensive and expansive mall renovations to date, already costing an astounding $1 billion. The redevelopment consists of residential towers, office condos, over 400,000 square feet of new retail space, a theater, access to public transportation, and large, open spaces lined with trees.  Peter Lowry, Co-CEO of Westfield, describes the new environment as an “urban escape”, created to provide a place for the community to live, work, and play. True redevelopment such as this is essential to the savvy shopper who will undoubtably spot cheap face lifts in the facade and inexpensive band aid solutions to the very real problem of declining regional mall sales.

An example we’ve seen locally in our own town is the recent improvements made to the Centre of Tallahassee. This once booming mall quickly began spiraling into a decline after the recession until investors decided to not only give the place a facelift, but completely redesign the buildings and their uses. Some of the improvements include an open air amphitheater, an Italian style food court, updated movie theater with full bar and reclining seats, and open green areas to mingle and chat with friends.

Despite the changes, vacancies continue to plague the center and bring up the question: What’s the highest and best use of these big box stores such as Macy’s and JC Penny once they go out of business? 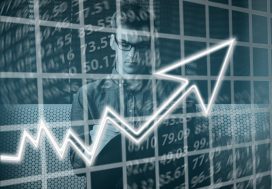 Real Estate Trends to Expect in 2019+ 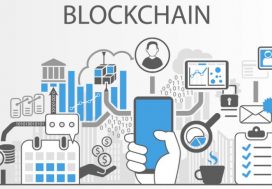 New Tech on the Block: Why Blockchain Will Soon Disrupt Commercial Real Estate+

Why Hiring Young Agents Will Lead Your Firm to a Competitive Advantage
TLG Real Estate mourns the loss of one of its own and a dear friend, Carl Enis